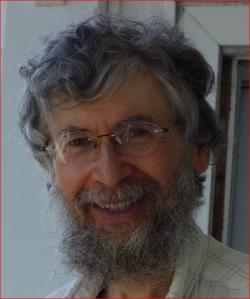 Moore, Charles William, 66, died peacefully after a lengthy illness at his home in Port Hilford NS  in the loving care of his wife, Helen, on Sunday, September 16, 2018. Born in Fredericton, NB on September 23, 1951, son of the late Ersel F. Moore and Rev. Josephine (Kinley) Moore, Charles spent most of his childhood in Wolfville and Sherbrooke. He married Helen Durham of Spanish Point, Bermuda in 1974. He worked for Halifax Cablevision and Stright-MacKay, Pictou, later establishing Barquentine Ventures to sell sailboats and yachting equipment. In 1982 he moved to Port Hilford and pursued a career as a writer. His first writing gig at age 20 was ‘Wheelin Around’, a column in the Dalhousie Gazette. Charles was a regular print columnist for Atlantic Fisherman, The Guysborough Journal, and the NB Telegraph Journal as well as a frequent contributor to many other magazines, newspapers and periodicals. He was an online columnist for several Macintosh computing sites as well as a syndicated writer of opinion pieces and a writer and editor for Texas-based Bionews Services, an online medical research publication. Charles was a man of many passions: cars, sailboats, photography, guitars, cabinet making. He read widely and could draw from his acute memory to support enthusiastic debate. He was moderator of an online religion forum for many years. Charles had a penchant for conversation and friendship; his warmth and energy will be greatly missed. He lived and worked with chronic illness which forced his abrupt retirement a year ago. Charles is survived by his wife, Helen, daughters, Haley (Christopher Melanson), Saint John, N.B. and Deirdre, Boston; sister, Elizabeth (Rev William) Sheppard; half-brother, Philip Moore, Fredericton; niece, Rebekah (Dr Martin) McCallum; nephew, David Sheppard, other cousins, nephews, nieces  and their families. He was predeceased by half-brothers Craig, Hedley and Shirley Moore. The funeral service will be held at St. Paul's Roman Catholic Church, Sherbrooke Saturday, September 22, 2018 at 2 p.m. with Fr. Lazarus Guria officiating; interment following in St Paul's Cemetery, Stillwater. A reception will follow at the Indian Harbour Lake & Jordanville Community Centre, H. MacDonald Loop (off Route 211). Funeral arrangements are under the care of G.W. Giffin Funeral Home Ltd., 34 Main Street, Sherbrooke, N.S. Online condolences may be offered at www.gwgiffin.com