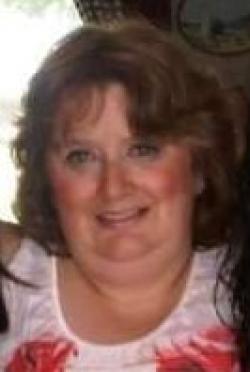 Richard-Gagnon, Sheila Ann  It is with heavy hearts that we announce the peaceful passing of Sheila Ann Richard-Gagnon on Tuesday June 16th at the QEII Health Sciences Centre.  She was the eldest daughter of the late Thomas and Carol-Ann (Surette) Richard of Charlos Cove.  After having bravely enduring many years of compromised health due to heart failure, at the age of 50, Sheila earned her wings.

She will be forever remembered by her daughters, Patricia (Jack) and Emily; grandchildren, Lariah and Bryson all of Halifax.  She also leaves behind her partner, Richard Gosselin, Halifax; sister, Wanda (Armel), Hammonds Plains and brother, Jason (Amanda), Charlos Cove; the father of her children, Stephen Gagnon, Port Bickerton and several cousins whom she loved dearly.

Sheila was a Registered Nurse, having trained at St. Martha’s School of Nursing in Antigonish. She worked for many years on Pediatric Medical Unit at the IWK until her health no longer allowed.  She loved nursing and cared deeply for her patients, earning the highest respect of her colleagues.

Sheila had a zest for life and in her healthier years was always up for any adventure, however spontaneous!  She loved everyone she met and had a large circle of friends, many whom she considered family.  Her happiest moments were when she was surrounded by those she loved.  She gave freely and loved deeply, her heart bigger than life itself.

Special thanks to her Aunt Theresa for being a pillar of strength and support for Sheila and her girls and also to the staff of 6.1 for their compassionate care in her final days.

Due to COVID-19 restrictions, a Celebration of Life will be held at a later date.  Memorial donations may be made to the Pediatric Medical Unit of the IWK Health Centre.

Funeral arrangements are under the dignified and compassionate care of G.W. Giffin Funeral Home Ltd., Country Harbour.  Online condolences may be made at www.gwgiffin.com