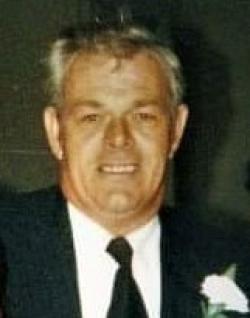 Sponagle, Wilfred Densmore Age 73, of Country Harbour, Guysborough Co., passed away on Thursday, June 25, 2020 in St. Mary’s Memorial Hospital, Sherbrooke. Born in Goldboro, he was a son of the late Vernon and Mable (Kaiser) Sponagle. Wilfred spent many years behind the wheel of an 18-wheeler and enjoyed every minute of it. He also had a strong love for Fords! He was a one-of-a-kind man that would do anything for anyone, with no questions asked. He enjoyed playing pranks on family and friends for a good laugh. His favorite pastime was spending the summer days in his boat out in the harbour with his family. Wilfred would be forever grateful for all the special friendships he made throughout his life. He will be forever remembered and missed. He is survived by his wife of 50 years, Jennie (MacLennan); their three boys, Allie (Tammy), Codroy Valley, Newfoundland; John-Paul (Dustin), Stellarton; Rodney (Leeta), Stellarton; four grandchildren, Jeremy (Destiny), Emma, Mya and Sophie; one great-grandchild, Lochlainn;  brothers, Harvey, Goldboro and Purvis, Isaac’s Harbour; sister, Juanita Shaw, Truro; several nieces, nephews and their families. He was predeceased by his sister, Marion MacLennan. A private family service will be held in Bayview Cemetery, Goldboro. Memorial donations may be made to Bayview Cemetery, Diabetes Canada or to a charity of your choice. Funeral arrangements are under the dignified and compassionate care of G.W.Giffin Funeral Home, 17545 Highway 316, Country Harbour. Online condolences may be made at www.gwgiffin.com.