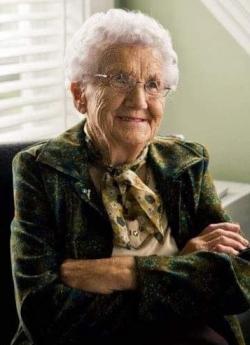 To view the funeral service and committal click on the following link.

To view the video tribute click on the following link.

Due to the current Covid-19 restrictions announced on Sunday, the visitation that was scheduled for Tuesday April 27th has been cancelled.

The funeral service will be private and for immediate family only as well as the interment and Legion service.

Taylor, Merle Winnifred (née McIntyre) passed away April 22, 2021, leaving behind a large circle of loved ones who have been enriched by their connections to her. Merle was born August 2, 1923, in LaRiviere, Manitoba, the third child of the late John Sidney and Pearl (Bass) McIntyre. Growing up on a prairie farm in the 1920s and 30s instilled a profound love of farming and the productivity of the land, as well as, a love of creativity and hard work that stayed with her until the very end. Merle was also a proud veteran of WWII. She enlisted in the RCAF at the age of 19 and trained as a wireless operator. She was so skillful at Morse code that she was posted to Saskatoon to train aircrew as part of the British Commonwealth Air Training Plan. While in service, Merle met and married Fred Taylor. After the war, they settled on a farm in North Lochaber, Nova Scotia, where they raised a family of five boys and many bountiful crops. Besides caring for the dairy cows and rows of strawberry plants, Merle believed deeply in contributing to the health and well-being of any community she was part of. She was a longtime member of Lochaber United Church and Legion Branch 59, Antigonish. She was actively involved and volunteered with too many organizations to list, but some examples include: The Women’s Institute, Lochaber Community Development Association and its predecessors, Eastern Nova Scotia Exhibition, UNICEF, Cancer Care Nova Scotia, Nova Scotia Amateur Radio Association, Highlander Curling Club, Northeastern Christmas Tree Association (she was the first woman to be inducted into the Nova Scotia Christmas Tree Growers Wall of Fame), and the Lochaber Sylvan Lakers. In later years, she made hundreds of patchwork comforters using her venerable manual Singer sewing machine. These quilts and comforters went to needy families or were sold to raise money for charity. When not working, Merle would often be engaged in some kind of competition. There were years at the curling club where she participated in as many as five different leagues. She was a gracious loser, but often won. She was a multiyear champion of the annual NSARA contest for HAM radio operators where her impressive skill with Morse code was on full display. She was also "Canner of the Year" several times at the Maritime Fall Fair, making her preserves, jams and pickles well-known across the county. Merle very much appreciated athletic excellence in others. When the rowing club came to Lochaber Lake, she became an avid supporter and served as surrogate grandmother to many members of the university rowing team who would stop for a hot bowl of hamburger soup and fresh rolls after practice. Merle was predeceased by her parents; her husband, Fred Lewis Taylor; and her siblings, Marjorie, Elsie, and Kenneth. She is survived by her brother, Raymond; sons and daughters-in-law, Alexander (Sandy) and Roberta, Lloyd and Anita, Keith and Julia, Sidney and Barbara, James and Kim, and former daughter-in-law, Heather MacKeen, along with fifteen grandchildren and twenty nine great-grandchildren. Many nieces, nephews and their families will also miss her dearly along with the wide range of friends of all ages who came to view Merle as a valued mentor, confidant, and pillar of the community. Her door was always unlocked and a delicious meal was somehow always on the stove and ready for anyone who came to visit. A private funeral service for immediate family only will be held on Wednesday at 2 p.m. in Lochaber Community Centre with Rev. Meredith Marple officiating. Interment and Legion service for immediate family only to follow in Murray Cemetery, South Lochaber. Family flowers only please. Memorial donations may be made to Lochaber Community Centre or Canadian Cancer Society. Social distancing protocols must be followed and masks are mandatory. Funeral arrangements are under the dignified and compassionate care of G.W. Giffin Funeral Home, 17545 Highway 316, Country Harbour. On-line condolences may be made at: www.gwgiffin.com. 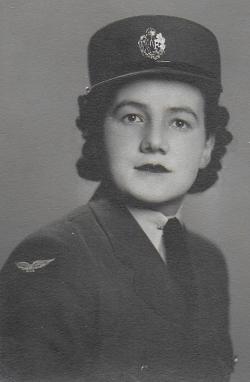