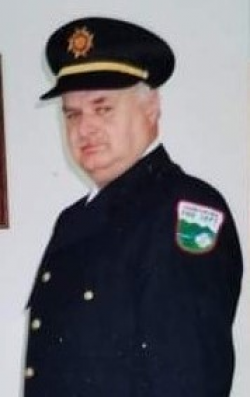 Hudson, Glenn Sheldon Age 75 of Country Harbour, Guysborough County passed away peacefully with family by his side on Thursday, September 9, 2021, in St. Martha’s Regional Hospital, Antigonish. He was a son of the late Sheldon and Alice (Crooks) Hudson. Glenn was a mechanic until a workplace accident had him change careers. He worked as a park attendant at Salsman Park in Stormont until his passing, a job he loved. He was a Volunteer First Responder and Fire Fighter with Harbourview Fire Department. Glenn loved both meeting and helping people. He kept in contact with many of the folks he met at the park. Glenn is survived by his daughter, Michelle (Randy) Sutherland; grandchildren, Tayleur (Miranda), Robyn, Kiara; great-grandchildren, Reijah and Daelyn; brothers, Tony, Larry (Noreen); nieces and nephew, Grace, Patricia, Tina, Terra, Trevor; step-niece and step-nephews, Tracy, Shawn, and Don; friends, Rob and Wade; honorary nieces, Ashley and Courtney. He was predeceased by stepfather, Alden Cox and sister-in-law, Gwen Hudson. Glenn’s family would like to thank the staff of the Palliative Care Unit at St. Martha’s Regional Hospital for their kindness and care. Due to a family illness, funeral arrangements will be announced at a later date. Memorial donations may be made to Harbourview Fire Department. Funeral arrangements are under the dignified and compassionate care of G.W. Giffin Funeral Home, 17545 Highway 316, Country Harbour.