Tate, Harlan Robert Age 84 of Isaac’s Harbour, Guysborough County, passed away on Friday, December 3, 2021, in High-Crest Sherbrooke Home for Special Care. He was a son of the late Austin and Maude (Milbury) Tate. Harlan was active with Boy Scouts of Canada, both in his youth and later in life as a Leader. He was a long-time member of Harbourview Volunteer Fire Department; a member of the Trans-Canada Trails Association local group; the Antigonish Sno-Dogs snowmobile Club. He was a member of Glenelg Presbyterian Church. Harlan was employed as a technician with Ford Canada working at various dealerships in Nova Scotia including; Wood Motors, Keltic Ford, and Glasgow Mercury. His love of anything with an engine carried over to outside of work with countless hours spent with family and friends driving snowmobiles, motorcycles, and side-by-sides. Harlan enjoyed a lot of coffee and many campfires with his friends during summers spent at Scotia Pine Campground. An avid fisherman (but not a hunter) he loved wildlife and all animals, especially his cat Opie. Harlan is survived by his wife, Alfreda (Hayes); children, Jim, North River; Sandy (Amanda), James River; Leighanne (Paul Browne), Greenwood; grandchildren, Devyn and Rylie Browne; brothers, Jim (Lorraine), Stormont; Glen (Isabel), Purl Brook; several nieces, nephews and their families. He was predeceased by a brother, Lloyd Tate. A funeral service for family and friends will be held Wednesday at 1:00 p.m. in G.W. Giffin Funeral Home, Country Harbour with Lewis MacIntosh officiating.  Burial to follow in the Isaac’s Harbour Cemetery. Family flowers only please. Memorial donations may be made to MS Society, Atlantic Division or the Harbourview Volunteer Fire Department. The family would like to express their sincere appreciation to the staff at High-Crest for the care Harlan received during his time with them. All COVID-19 restrictions will be followed including proof of full vaccination. Funeral arrangements are under the dignified and compassionate care of G.W. Giffin Funeral Home, 17545 Highway 316, Country Harbour. 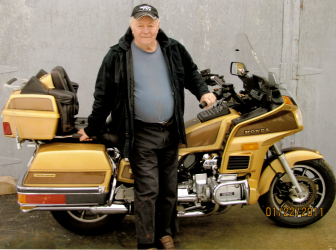 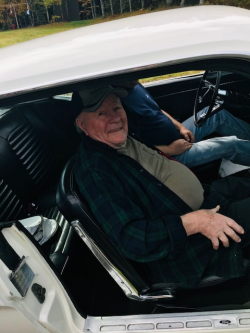